Donating to The Ocean Cleanup

When I started my business in 2016 I had one main motivation. I wanted to fight the plastic pollution! That’s why I launched Greenderella as a brand which sells sustainable alternatives to single use plastic products.

While building my business and creating products it has always been important to me to be as sustainable as possible. That’s why my reusable bags are made of certified organic cotton and the packaging is completely plastic free and recyclable.

But I didn’t only want to save plastic from being wasted. At the same time I felt the need to help battling the pollution that already exists in the environment, especially in the oceans. That’s why Greenderella donates part of its profits to a non-profit organisation that fights the plastic pollution: The Ocean Cleanup. 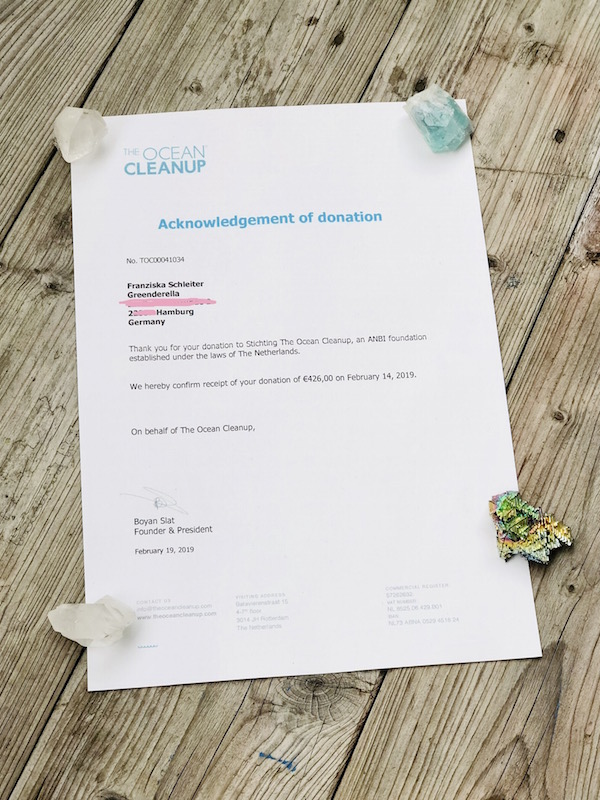 “If the Oceans die, We die”

One of the most important foundations of life on this planet are the oceans. Its ecosystem is not only critical for sustaining the life of its inhabitants, but also sustaining all life on earth. Oceans, the so called “lunges of the planet”, produce 50%-80% of the oxygen we breathe. Thus, the phrase of Paul Watson is very true: “If the oceans die, we die.” 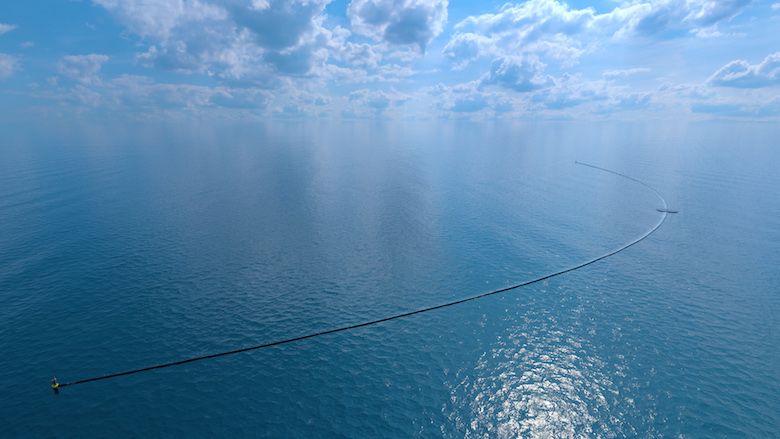 Over some decades the oceans have been polluted by human kind in a rapid way. It’s impossible to put numbers on the amount, especially since a lot of it has already broken down into dangerous microplastics. But imagine there was an island as big as Europe consisting of only plastic trash. It’s called the Great Pacific Garbage Patch and sadly it’s real and growing.

The Ocean Cleanup – The largest Cleanup in History

No-one thought of a solution to clean up the mess until one young smart man called Boyan Slat had a brilliant idea. He wanted to create a floating system that collects garbage from the oceans by making use of the oceans currants. So in 2013 he started The Ocean Cleanup – a non profit organization that employs over 70 engineers, scientists and researchers.

After working on the largest cleanup in history for more than 5 years, Slats vision became reality on the 8th of September 2018, when the first Ocean Cleanup was being launched. Read more about the launch and the hopes of the project here. 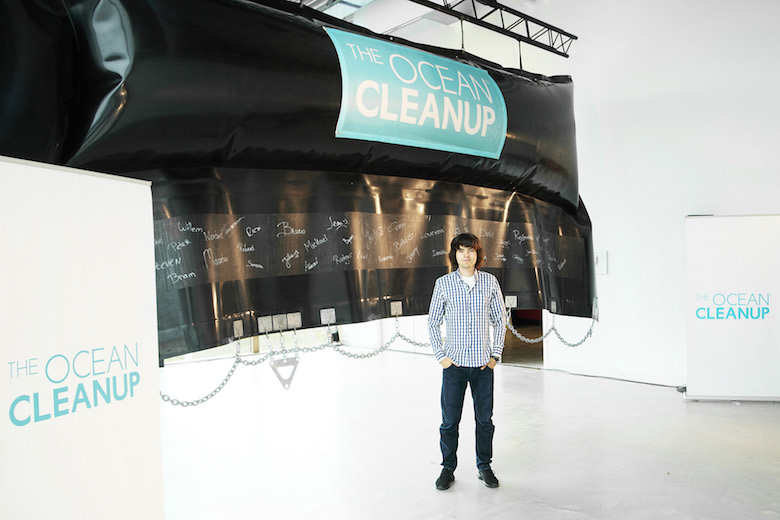 Why I chose The Ocean Cleanup

I followed The Ocean Cleanup and its progress over years and strongly believe in its vision. I had looked into many different possibilities for donating. There are many amazing organizations that do great work in cleaning up the environment from plastic. The reason why decided to support the Ocean Cleanup by donating part of my generated profits, is the simple reason that I believe that it could have the largest impact. After all, we reached a point that calls for big action and great measures.

It is estimated that The Ocean Cleanup could clean 50% of the Great Pacific Garbage Patch in only 5 years. That’s why I put a lot of hope into this project.

Thank you to all my costumers!

When I say Greenderella donates money to The Ocean Cleanup, I actually also speak for all of my wonderful costumers. I’m amazed, that in the last few years we were already able to donate over 3000 Euros to the Ocean Cleanup! With every purchase you make, a percentage of your money goes to The Ocean Cleanup. So you’re not only reducing plastic waste but your’re also helping to clean up the plastic madness.

Realizing that we’re all sitting in one boat and that mother earth is the only home we all have, makes me feel humble whenever I make a donation in the name of Greenderella and all its costumers. It shows me that we CAN make a difference when we all work together. Every small act matters!

I want to say a big THANK YOU to my costumers for being the change this world needs to see.