The outdoor (-eating) season has started again and today I want to share one of my favorite picnic foods with you: the potato salad! 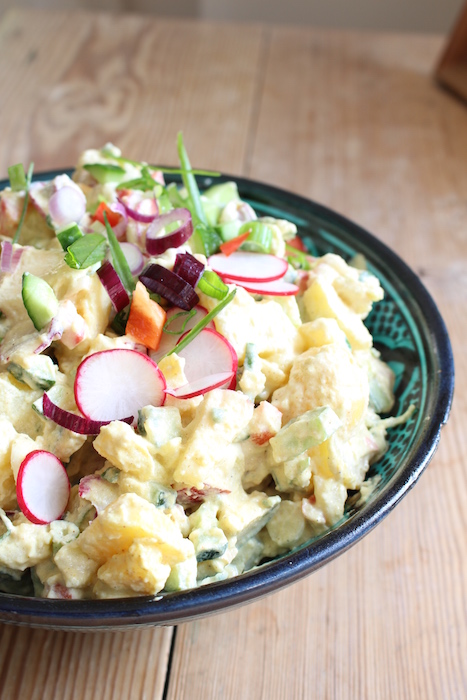 There are 101 ways to make it and I bet everybody (at least in Germany) has their own recipe, passed down from their grandparants. My family also has a delicious recipe with some special ingredients like apples, orange juice and curry powder. The original recipe is made with mayonnaise and I was looking to make a plant-based version of it for a while. Last year I came across a potato salad recipe from the amazing Blender Girl, in which she makes the mayo of blended cashews. Goood stuff! 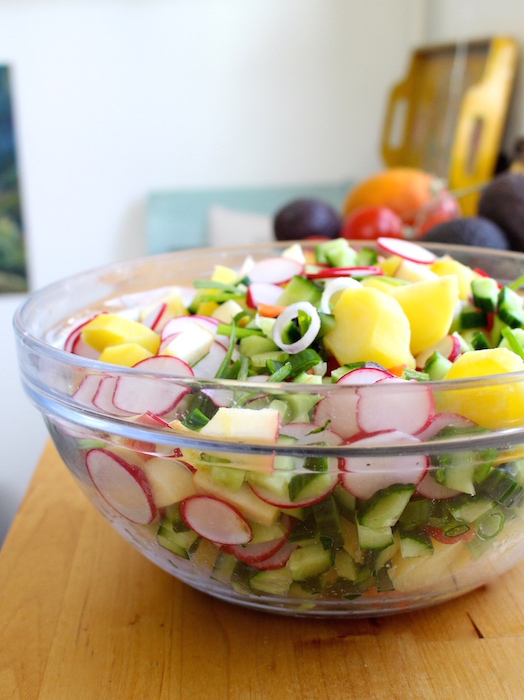 I then tweaked the cashew mayo a little to make it taste more like my family’s potato salad and it turned out so wonderfully. I made it a few times now and everybody loves it. You wouldn’t even guess that it is vegan! 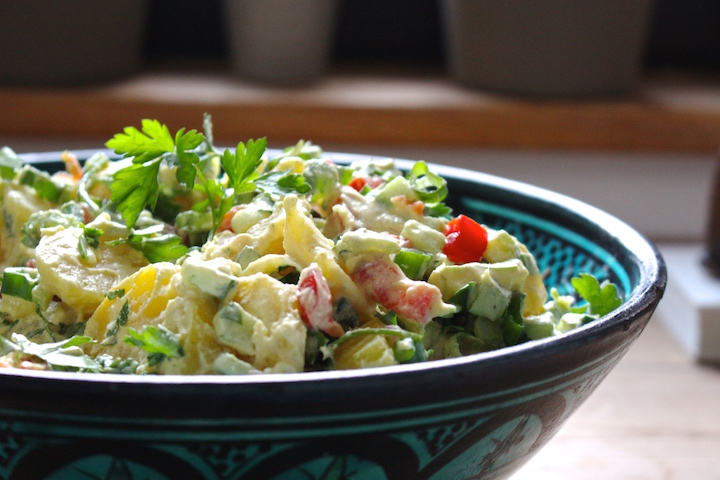 Made with cashew mayo

For the cashew mayo:

Peel the potatoes and bring to boil with 2 tbsp salt in a big pot. Since potatoes also cook in vapor, you don’t need to cover the potatoes with water. Just a few cm of water is enough. Cook potatoes for about 20 minutes or until potatoes are soft when poking with a knife. Drain the water and let cool.

Finely chop the spring onions, red pepper and apple. Cut cucumber in half and spoon out the soft middle part. Dice the cucumber and finely slice the radishes. Place all the veggies in a large salad bowl and add the potatoes (in 1.5 cm thick slices).

For the cashew mayo blend all ingredients in a mixer until very smooth. Mix in the mayo with the rest of the ingredients and sprinkle with finely chopped chives and parsley. 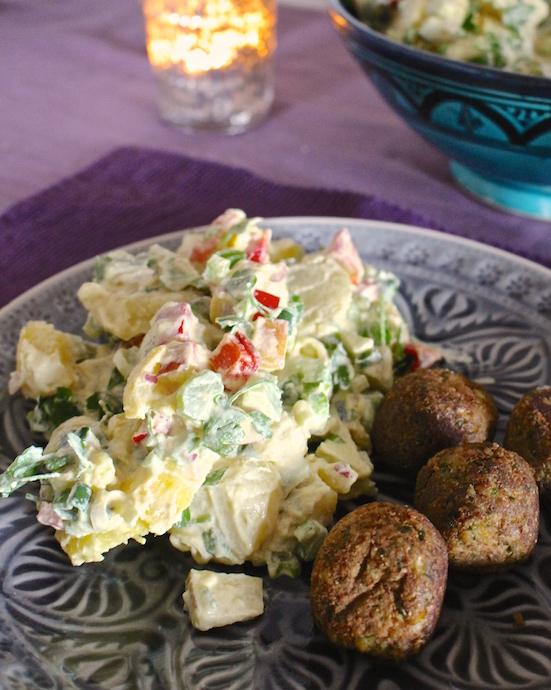 Tastes great with falafel on the side! 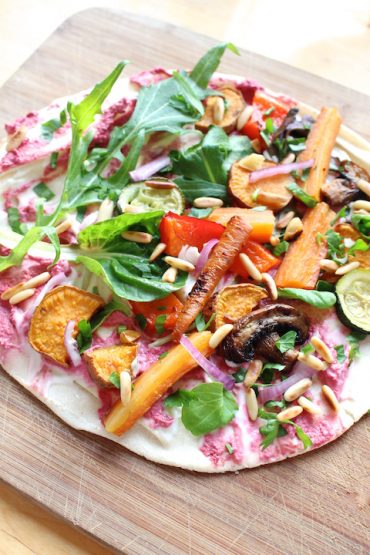 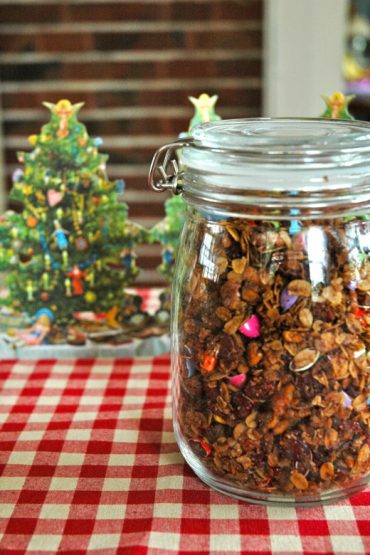 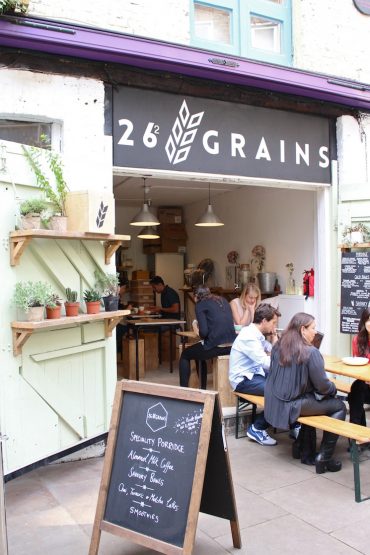 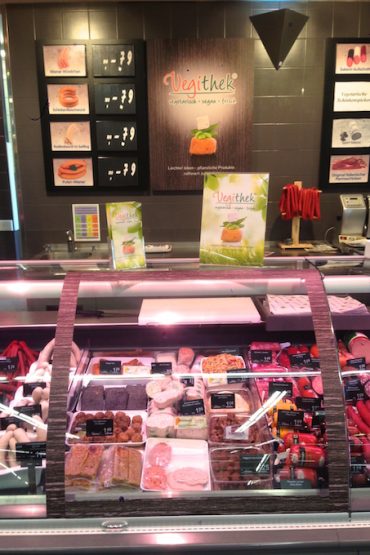 Germany's Veggie Movement & My review of the "Vegithek" 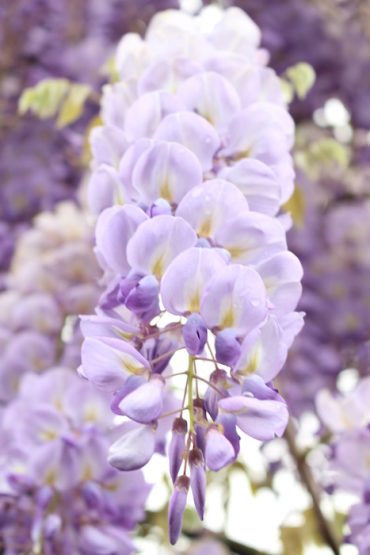