Time flies! The trip to London is already over two weeks ago but it was so fun that I still carry the memories around with me. The colorful houses, the morning atmosphere in Hyde Park, that amazing movie theatre in Notting Hill, the stroll over Camden flea market… though I already shared most of the impressions in my last blogpost, there is still a big part missing. The foood! Always important and deserving of its own blogpost. 😉 London has such a big vegan/vegetarian food scene, which makes it real fun to eat out. I really wish I could try it all, but for now I’m sharing all of the plant-based deliciousness that I was able to stuff my face with in two days. 😉 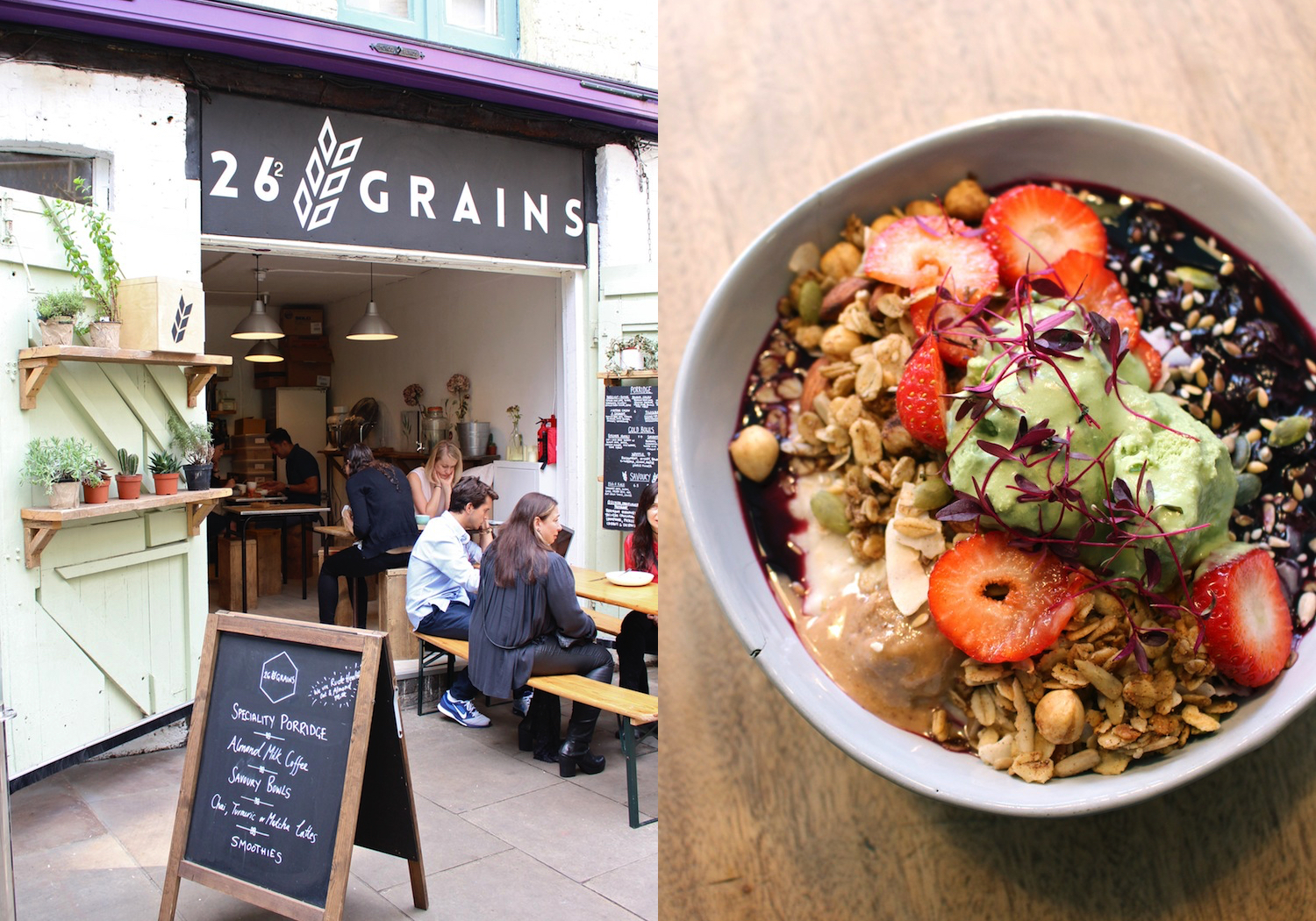 Let’s start with breakfast! When I found out that there is a cafe in London that serves porridge only, in all kinds of sweet and savory variations, I knew I had to go. The idea of such a place makes me pretty excited. You know, wanting to wave-my-arms-in-the-rollercoaster-kinda excited. Everything on the menu of 26 Grains sounded so good and it was a tiny bit frustrating that I was only able to try one porridge. But boy did I go wild on the toppings to make up for that. So this is what I had: blueberry oat porridge with almond milk, almond butter, strawberries, cardamom granola, maple syrup and matcha ice cream. Oh my, this was so good and topping warm porridge with ice cream was one of the best inspirations I took from London. Yes to that! And also yes to the hot turmeric chocolate I drank there. Breakfast deluxe. 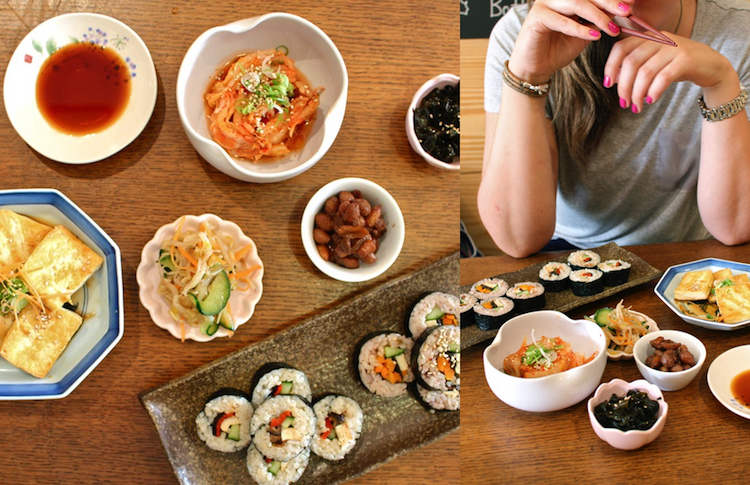 Lately I’ve become more and more curious about Japanese cuisine. Veg-Sushi has been one of my favorite foods for a while but there is yet so much more to discover. I love how the Japanese prepare many small dishes that are all different in taste and consistency. You end up eating everything from sweet to tangy and soft to crunchy in just one meal. Everything is prepared mindfully and arranged beautifully. And on top, the Japanese cuisine is very healthy. Having said all that, you can imagine how curious I was to visit the Itadaki Zen – Europe’s first organic and vegan Japanese restaurant! Again, it was hard to choose from the menu, but I ended up with two kinds of Sushi, homemade kimchi (the best I ever had), marinated peanuts, tofu steaks, marinated seaweeds and pickled bean sprouts. What a delicious and special meal! For me this was definitely a highlight of the London trip. Even my mom, who is usually not that “adventurous” with foods, was amazed by the meal. It left both of us even more curious about Japanese food. I wish I had a place like this in my neighborhood. 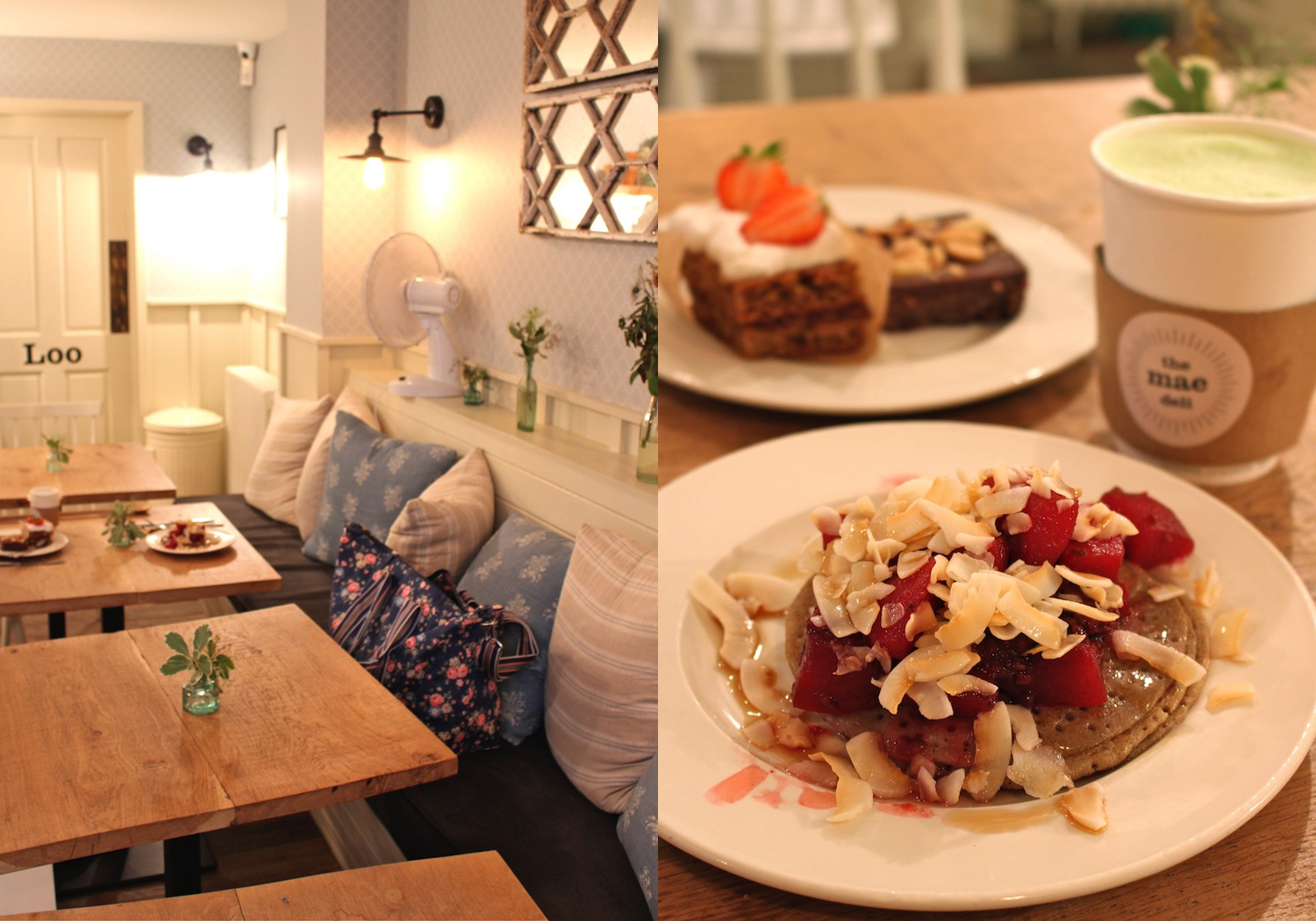 On the morning of our second day in London, we had breakfast at the wonderful Mae Deli, the newly opened cafe of the popular blogger and cookbook-author Ella Mills (aka Deliciously Ella). I had already seen some promising pictures on Instagram, but was even more charmed seeing the deli with my own eyes. It is such a pretty little place, from the brick wall, to the oriental tiles and cottage-style seating area. The interior alone was so cozy and inspiring that we enjoyed taking our time instead of rushing breakfast. I ordered the pancakes with berry & apple compote, maple syrup, coconut chips and a matcha latte with coconut milk. My mom had a toasted rye bread with avocado and we also shared a peanut butter fudge and a strawberry cake . It was all super delicious and I love that everything was not only plant-based but also refined sugar free. Another breakfast deluxe that I can highly recommend. 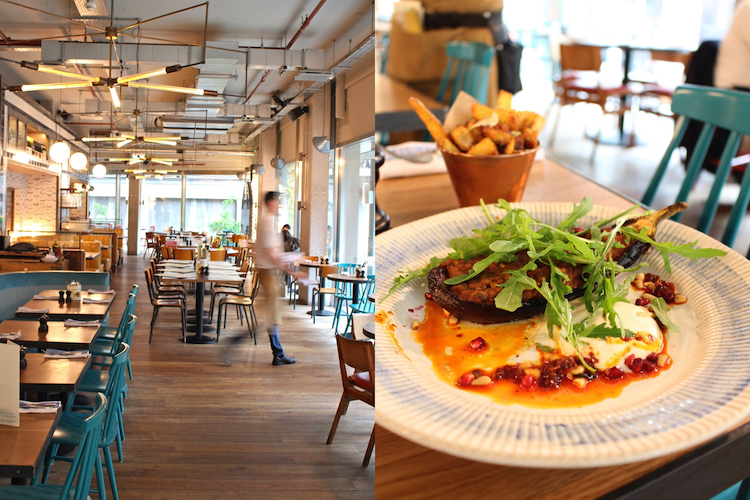 On my last London trip in 2013, my friend and I accidentally stumbled over Jamie Oliver’s Italian restaurant and immediately felt like we were in food heaven. We couldn’t stop raving about how delicious it was. A week later we weren’t sure if it was because maybe we were blinded by the fact that we have a little Jamie crush, or because we were exhausted and starving after a whole day of walking around, or if it was in fact the food that was this amazing. The only way to find out was to revisit this place and so I did.

Jamie Oliver has over ten restaurants in London and they all look different, with great interior. He does have meat and fish on his menu but I was happily surprised to see that there are not only many vegetarian but also quite a few vegan options. This time around I tried this mouth-watering dish (as it reads on the menu): “Roasted aubergine topped with a ragù of lentils, tomatoes, raisins & smoked paprika with a garlicky almond yoghurt dressing, toasted pine nuts, lemony rocket & pomegranate”. And I had to get the funky chips, which I already knew from last time. It’s fries with parsley and big garlic pieces. So good! The result of my second visit was that the food actually is pretty darn good. Now my friend and I know for sure that we were not distracted from anything else but the food. 😀 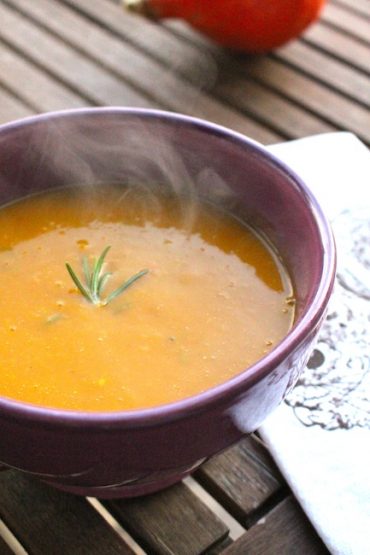 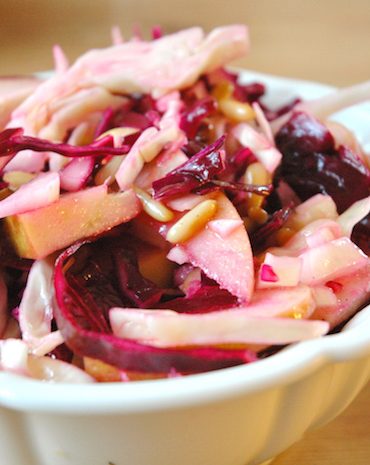 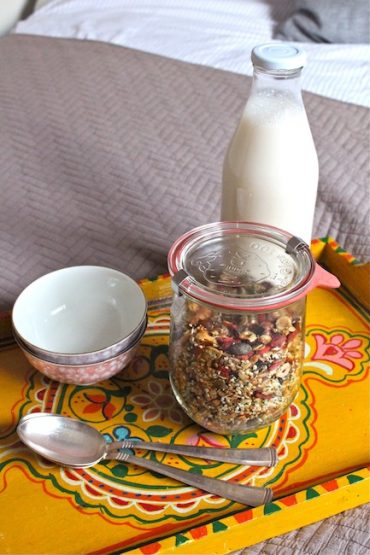 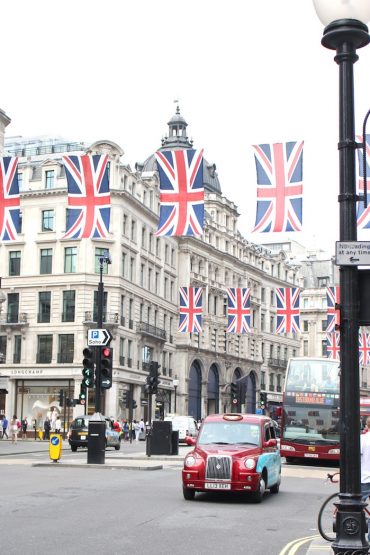 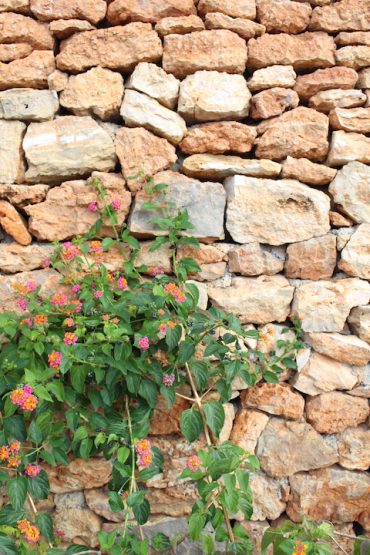