Since I was little, I always thought that insects were kind of repulsive. I always loved the cute looking ones though, like butterfly, ladybug or the bumblebee. But it took me years to understand how awesome all instects really are. It’s quite amazing what they can do eventhough they are so tiny. Just looking at the great architecture of a spider web makes me like spiders much more. Ok, I still don’t like them crawling over my bed, but I do understand much better now that insects are fascinating little animals that should get much more attention! Insects are also very important for a healthy eco system. Unfortunatelly it’s getting harder and harder for them to survive because of several reasons like the lack of plant diversity, not enough places for shelter and pesticides. Especially the bee is having a very hard time at the moment. Scientist still don’t have a complete answer for the mass-dying of bees, which is worrying the whole world at the moment. Bees are elementary important for the existence of (food-) plants, because they are the ones that pollinate them. That’s why it’s very important to give those animals support now, not only because we like them, but because we also depend on them.

If you have a garden, there is a lot you can do to help insects by making it more insect friendly. You can start by having a big diversity of plants (also allow wild plants to grow) and leave them some places to live. The good thing is that they will be like little helpers in the garden and another positive side effect is that you will also have many more birds (who feed on insects).

The other day I was watching a wild bee in our garden.  It was trying to find a little hole where it could find shelter but it couldn’t find any. That reminded me of something I saw in a public garden once: an “Insect Hotel”. These are little wood houses especially made for insects to give them shelter. If you google it, you will find many pictures of really cool insect hotels. I of course decided then to also make one. I can tell you allready, it was a lot of fun and I will for sure make more of them. This one is a little one for the start.

The piece of wood I took, was actually from a pallet that a neighbour of ours already cut in small pieces for us, so we could burn it. I thought it was perfect because it even had a little roof. Now I had to start to drill holes into it. I made holes in different sizes so that different kind of insects could use it. 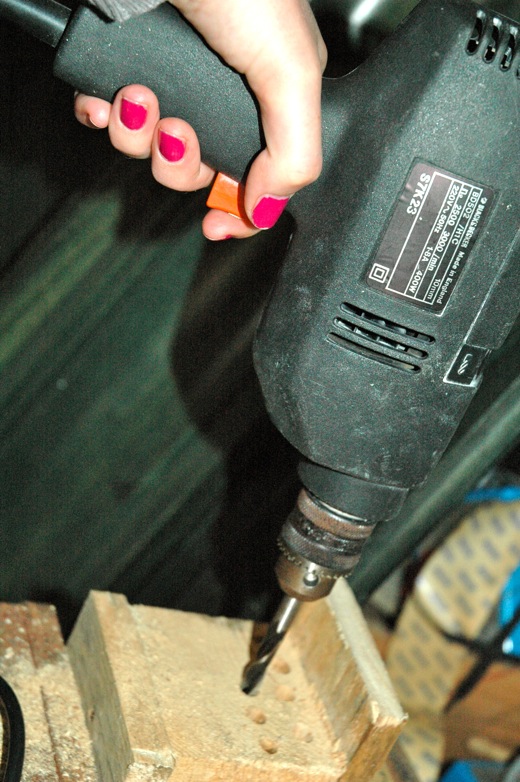 And this is how it looked like when I was finished: 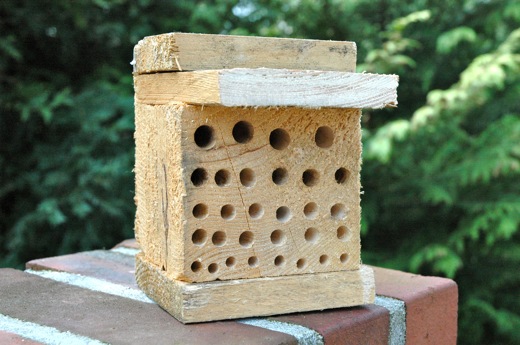 I then had to find a good place for it and found that this spot between the treebranches was perfect. I am very excited to see if someone will “move in”. My boyfriend asked me how much I will charge for a room and I said “Well, it’s like a summer work camp. They get rent for free and in return they work for me in the garden.” ; ) 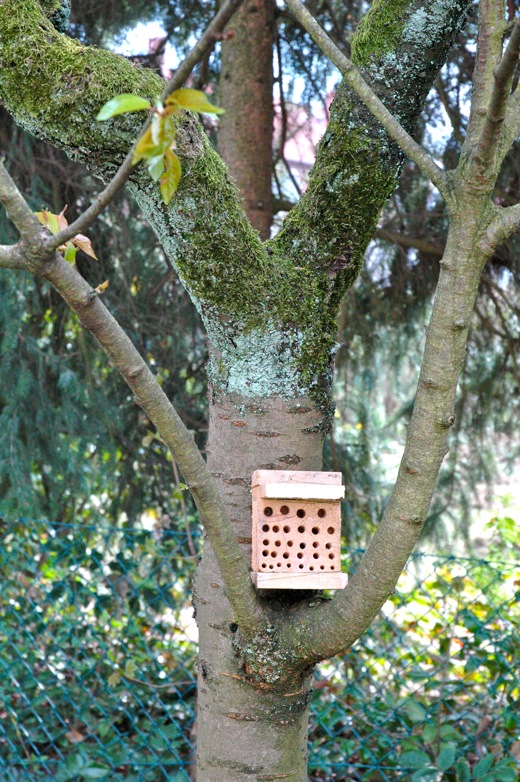 If you rather buy an insect hotel, there are many great options out there! Or you could use other natural sources like old treetrunks. We had one in our garden that we actually wanted to throw away but now we found it would make a great insect hotel as well. It’s definitely a four star hotel, don’t you think?  : ) 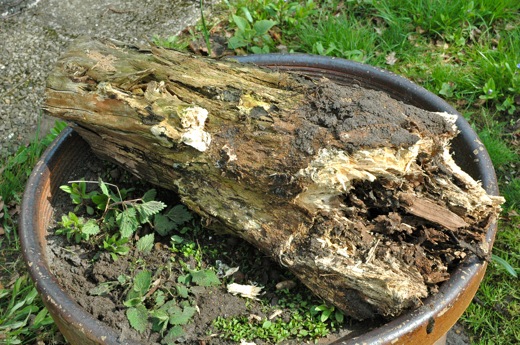 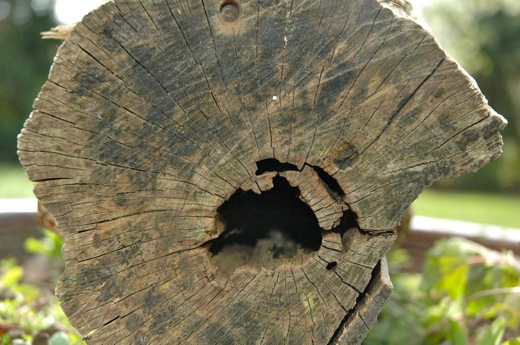 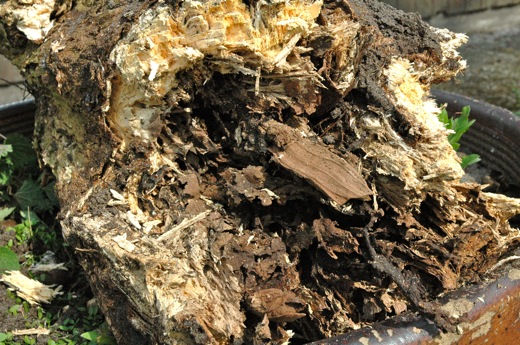 The old wood makes a great shelter with all its holes 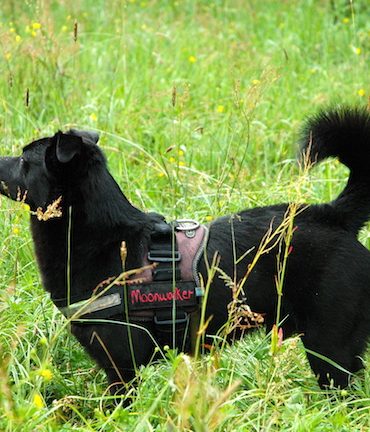 Your Dog Will Love This! All Natural Tip Against Fleas And Ticks: Coconut Oil 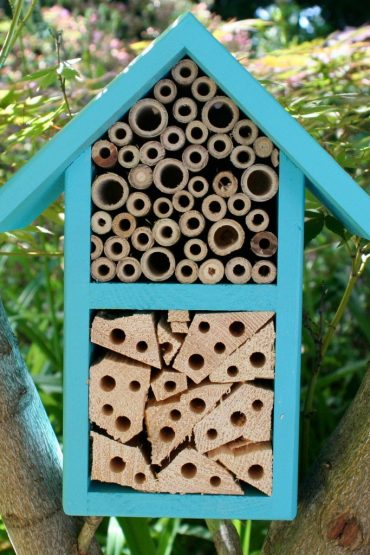 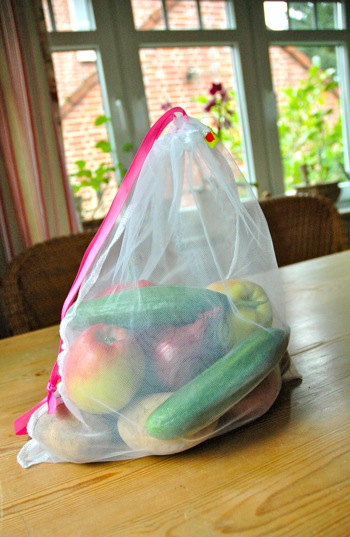 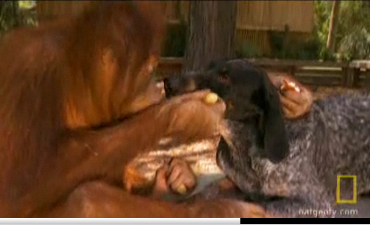 A Lesson Of Friendship From A Dog And An Orangutan 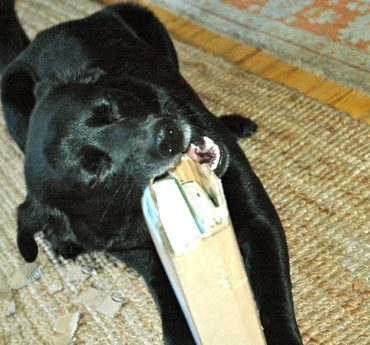 Another Hobby Of Fritzi....