Summer has arrived in Hamburg early this year and we’re enjoying the most beautiful sunny weather. Aaaand strawberry season has also started – they are one of my favorite summer fruits and I already ate loads of them!

On a trip to Paris I once had a strawberry tiramisu and my love for this dessert was born. Back then I even found a killer recipe that I made for years but it was with milk products unfortunately (mascarpone and cream). It was one of those recipes that I always dreamed about veganizing but had no idea how, since it doesn’t only have dairy but also the common ladyfingers are made with egg whites. The other day I finally decided to make a vegan version of it. The game was on! And look how beautifully it turned out, with just a few simple ingredients…

To come up with plantbased substitutes, I strolled through the supermarket in hopes for inspiration and who would have thought… I found a vegan replacements pretty quickly! Nevertheless it had yet to be proven to be a good idea. I was very skeptical of my own creation at first because the ingredients are not really comparable to the original ingredients, but to my surprise it worked damn well and turned out to taste quite close to the original recipe! And guess what, it’s even much healthier. A total winner!! 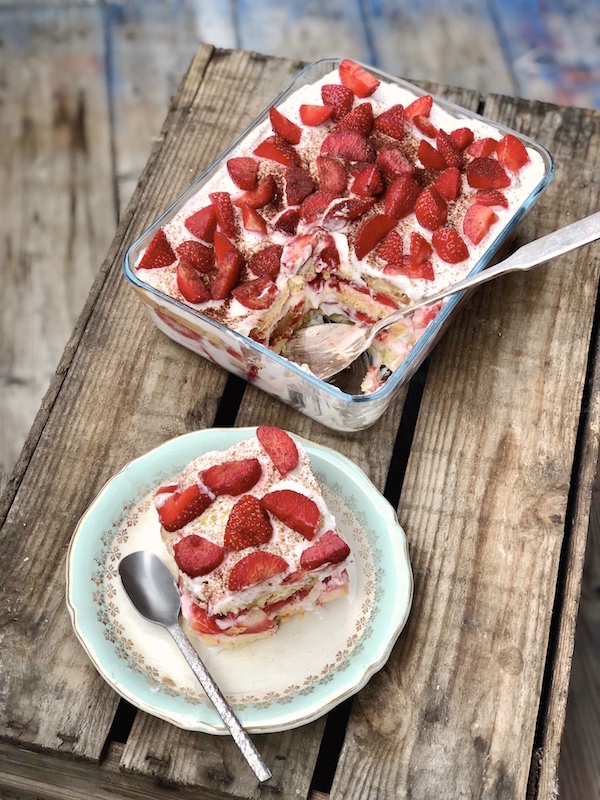 The first magically working ingredient is coconut yogurt. It’s so rich and creamy like thick dairy cream, but compared to mascarpone and cream this stuff is actually healthy, full of good fats. The second surprisingly well working ingredient is “Zwieback”. I have to explain the german word Zwieback because I couldn’t find a translation. It’s like small little bread slices that are baked twice, so that they are very crunchy and perfect for soaking liquids. Hopefully it’s something you find in other countries as well. Please let me know in the comments if you have other names for it. This is the vegan and organic version I found in the store: 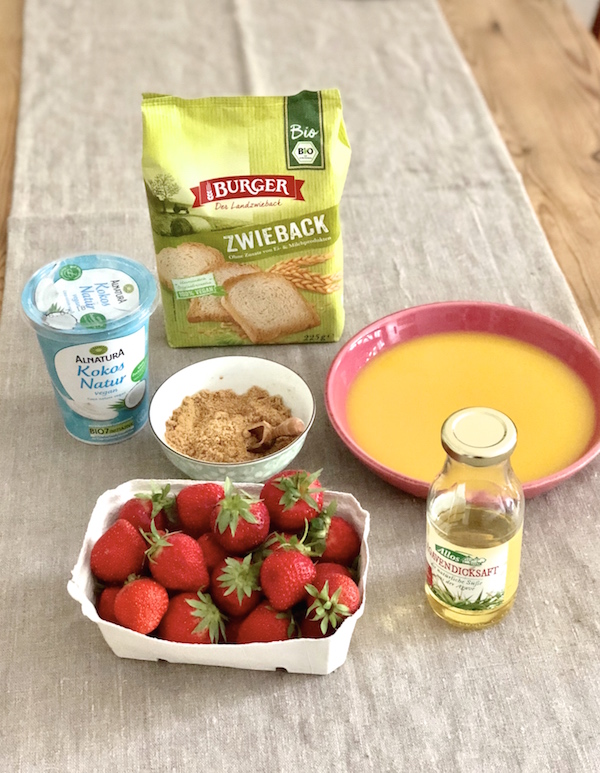 If you can’t find Zwieback, don’t fret. There are vegan recipes for ladyfingers out there, like here and here. Just substitute them for the Zwieback and leave away the extra sugar topping. I was actually thinking that normal toast or white bread slices could also work in this recipe, but I have yet to try it. Or are you up for experimenting? 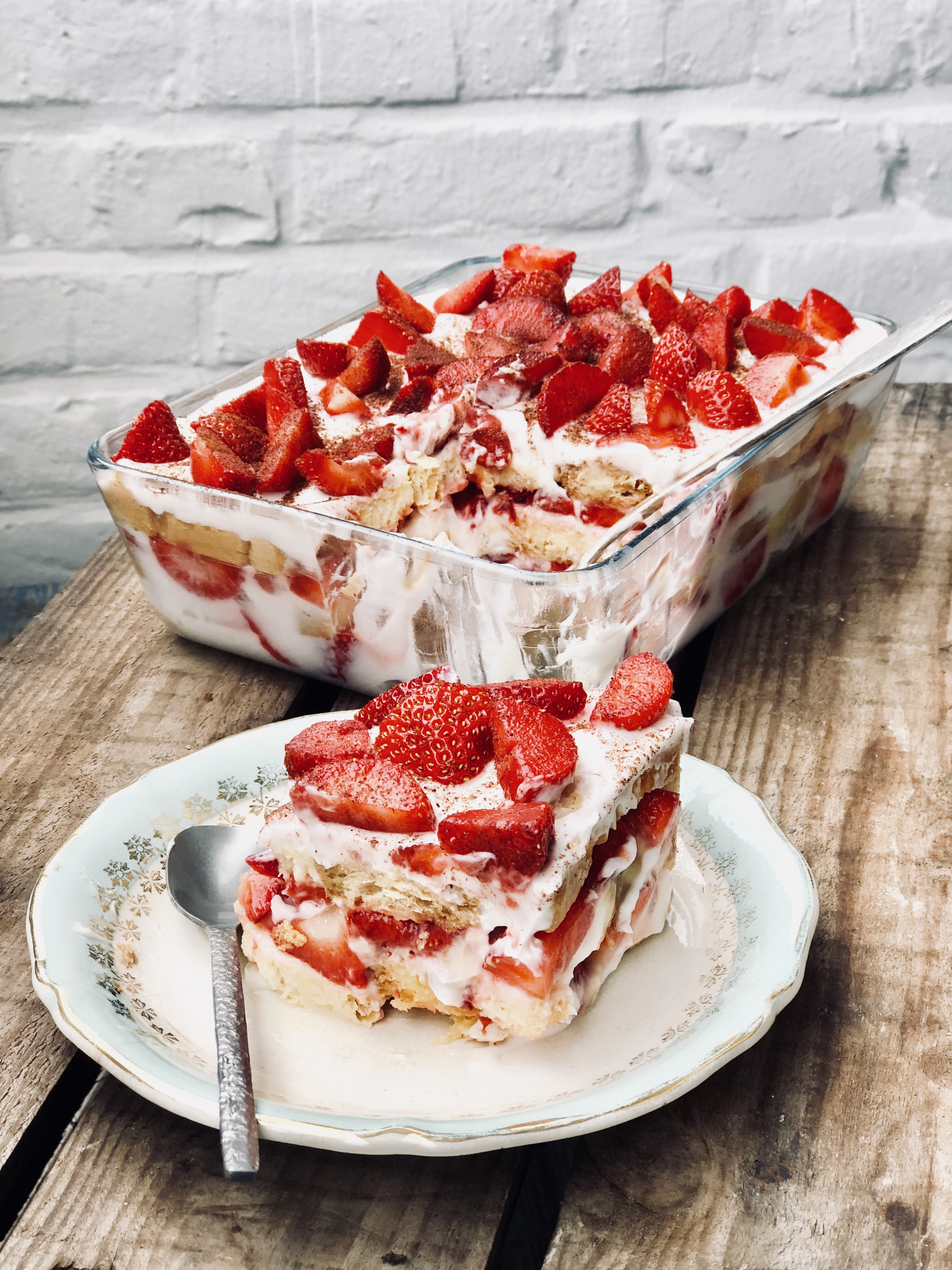 Let me know in the comments if you try the recipe, I’m so curious to hear how you like it. For me this is going to be one of my go-to summer recipes. It’s so delicious and quick to make!

Cut the strawberries in small pieces and fill orange juice in a flat wide bowl. Mix agave syrup with the coconut yogurt. Spread just a little bit of coconut yogurt on the bottom of the tiramisu dish. Now soak 1/3 Zwieback or ladyfingers in the orange juice for about 40-60 seconds until they soften (but don’t fall apart). Turn around half way through. 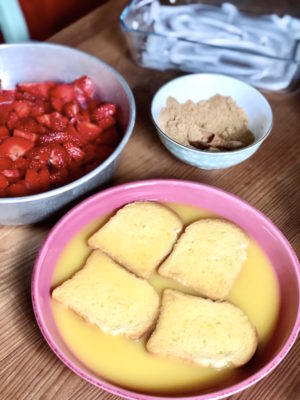 Layer them out flat in the dish. Sprinkle 1/3 of the raw cane sugar on top. Spread 1/3 of coconut yogurt on top and then 1/3 of the strawberries. Layer in this order three times finishing with strawberries. Put in the fridge for at least one hour and sprinkle with cacao powder before serving. 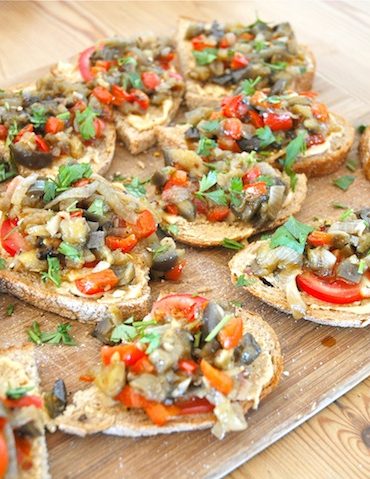 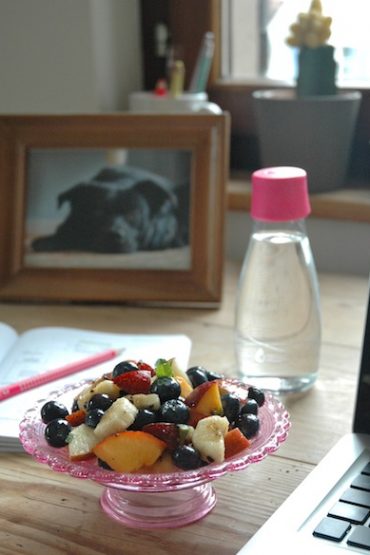 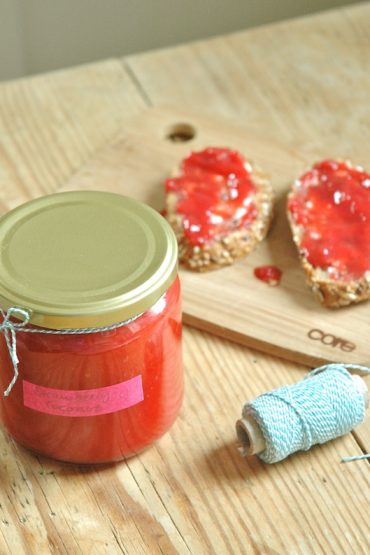 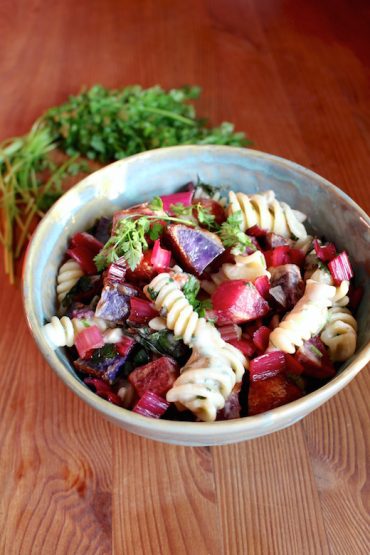 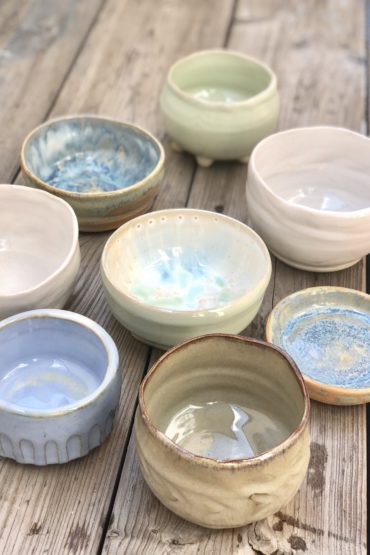