Earlier this month I spent an exciting day in Berlin! I was invited to join a press conference, held by the company Soda Stream and Hannes Jaenicke – a German actor and environmentalist. The topic of the conference was plastic and how we could create a healthier environment by avoiding plastic bottles. And since this topic is very important for all of us, I want to write about it today and spread the message of Soda Stream’s campaign: #GoodbyePlasticBottles 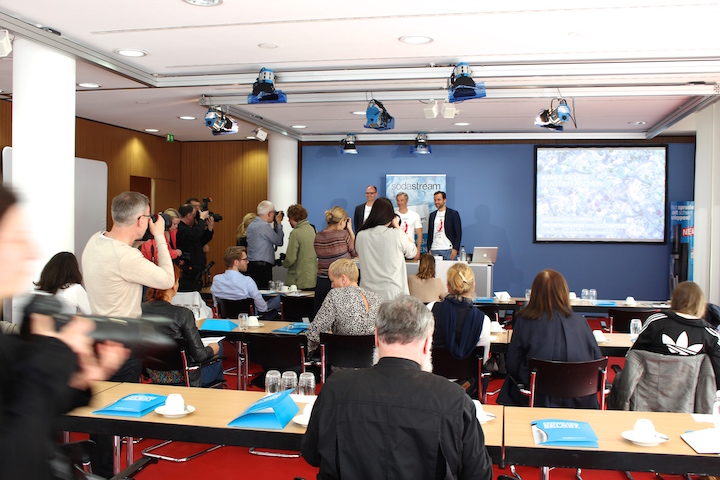 Fighting plastic waste is a matter that is very dear to my heart, which not only lead me to reduce my plastic consumption drastically but also inspired my own business of reusable produce bags. I believe that plastic pollution is one of the biggest problems we are facing today, so I get really excited when I hear about big companies taking action against plastic.

Soda Stream is known for its home drinks-maker, a device that adds CO2 to your tap water, making it fizzy. Their different flavors also let you create your own lemonade, so besides the fact that it is practical, Soda Stream is an environmentaly-friendly alternative to store bought bottled water and sodas, which generally come in plastic bottles or cans. 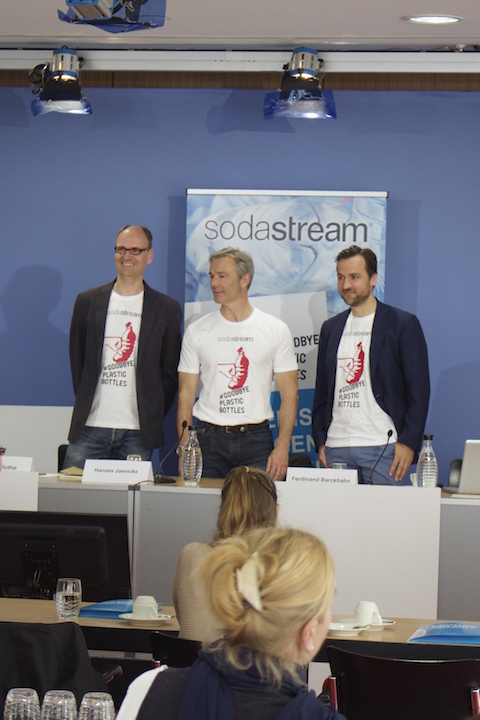 The effect of plastic on us and the environment

In their press conference Soda Stream explained why plastic bottles have such a bad effect on nature and even on our health.

Every year about 7 million metric tons of plastic bottles (not counting the other plastic waste!) end up in the oceans. 70% of it sinks to the ground,  another part of it swims on the surface, creating a carpet of plastic waste that is as huge as Central Europe and known as the “Great Pacific Garbage Patch”. While plastic doesn’t decompose, it does break down into millions of pieces and gets eaten by fish and mammals, which often leads to their death and is risking the extinction of 270 species today.

Hannes Jaenicke, who is traveling the world for his environmental documentaries, told a shocking story of an orca that he saw dead on the shore. He said that 80% of his stomach was filled with plastic and that the news didn’t want to share that this was the cause of its death because the pictures would have been too horrifying. 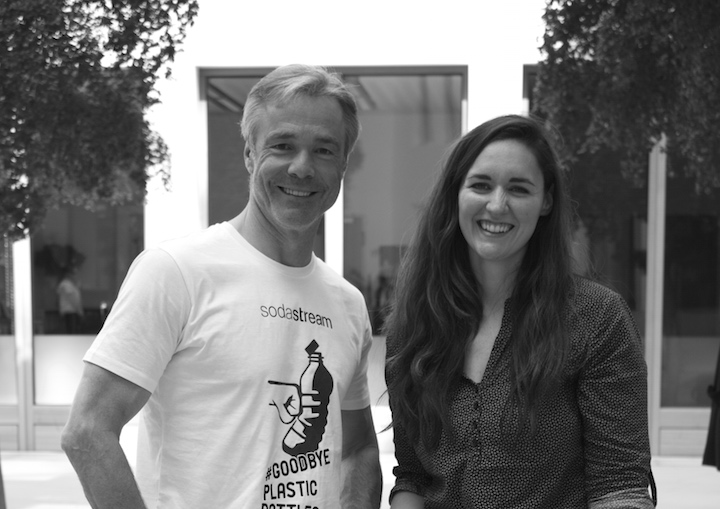 And it’s not only that the environment is affected. By consuming fish and by drinking from plastic bottles we also consume plastic, which is harming our bodies. Just because we can’t see it, it doesn’t mean it’s not there.

And this is mainly the problem of plastic waste. Once we toss it, it’s out of our sight and minds. If we only knew about the madness that it is creating in the environment, I believe that a lot of us would start rethinking their consumption of plastic. 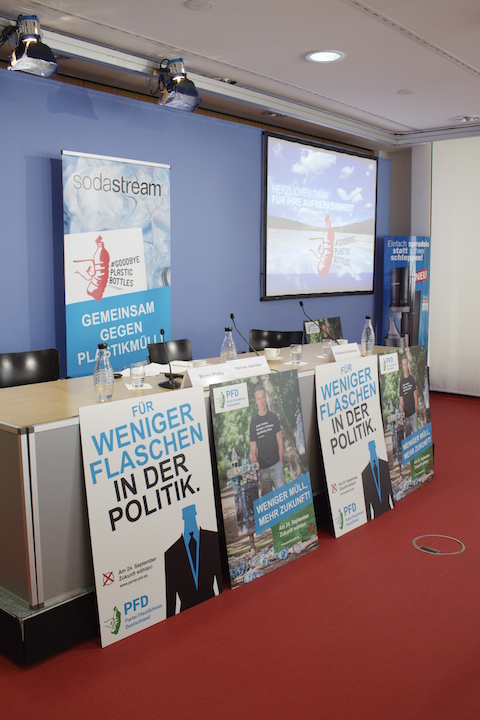 Why tap water instead of bottled water?

Especially plastic bottles are so easy to avoid. Why not use the water that so conveniently comes straight out of your tap?

For some reason there is a widely spread misconception that tap water is of lesser quality than bottled water, but apart from some exceptions, tap water is in fact safe for consumption and even much higher regulated and controlled than bottled water. This makes sense because tap water is used by millions every second and the government and waterworks have an interest in keeping the risk of spreading disease to the minimum.

Funnily, what you buy as bottled water is most times of the same source as tap water itself! Just that it has been traveling around the globe, wasting energy, sitting in plastic bottles for weeks or even months and absorbing all kinds of particles from the bottle. This fact alone is personally my favorite and most convincing because it is simply ironic.

So while bottled water is actually nothing less than tap water, we could bottle it up directly from our tap at home, using reusable bottles. It’s also much cheaper and super convenient.

If you live in a place where tap water is not coming from a spring or where the pipes are old, you can filter it, making it even more clean and tasty. And if you think plain water is too boring, you can also pimp it with fizz and flavor. If you think about it, there really is no need to only drink store-bought, bottled water. 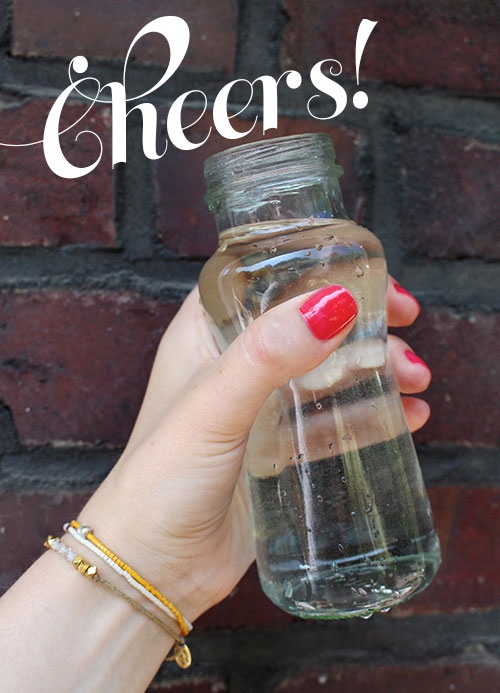 A future without plastic?

I think it’s amazing that Soda Stream is campaigning for less plastic waste. Literally, they actually mentioned that they might start a political party, if the government doesn’t take stronger actions agains plastic soon. That’s the spirit! But remember… change only comes from us, the consumers.

Soda Stream also started a petition that you can sign HERE.

My hope for the future is that we’ll stop shipping water from Fiji around the world and start appreciating the amazing source of drinkable water that we have at home. For so many, having a tap at home is a luxury itself… we should all start seeing it as that.

A Bunny For Easter 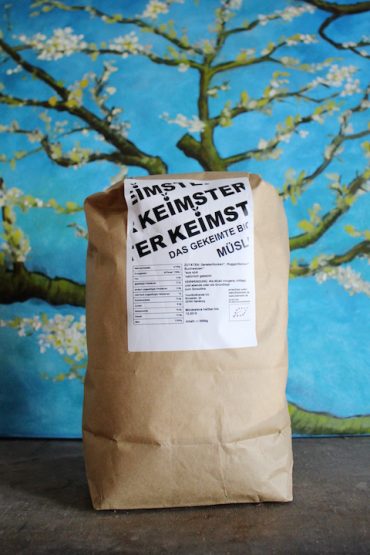 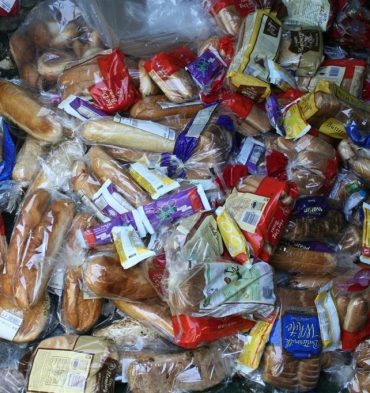 Junk In The Trunk – It’s Time To Rescue Our Food 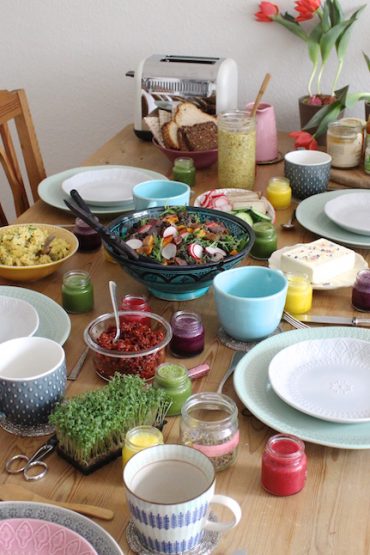 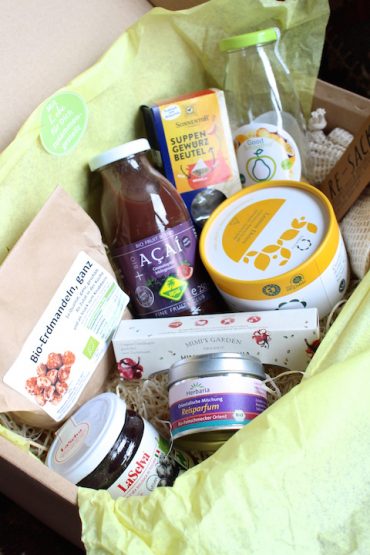